Warning: This has nothing to do with running, lifting, yoga, or eating clean. So if you stopped by to read about any of these things, I apologize.

So let me tell you a story…

Several months ago, I witnessed my co-worker applying her make up in the back room, before she started her work day. This co-worker of mine is a beautiful mixed Korean American. She began her make up routine, by quickly smearing a mixture on her face. At the time, I though it was her foundation. This mixture was extremely white, I even remember commenting to her that I thought it was too light for her skin tone. She told me – nope, it appears white but then oxidizes to match her true skin tone. She told me her mother got it for her from Korea, and that it isn’t a foundation, but rather a multitasking skin corrector. Little did I know, that at the time, she was showing me a BB Cream from Korea.

For about a decade now I have been using Laura Mercier’s Tinted Moisturizer. I absolutely love this product. I have tried others and nothing compares. However, lately everyone is talking about BB Cream. So I did my research, then took the plunge and decided to try it too.

So what is a BB Cream exactly? A BB Cream stands for Beauty Balm or Blemish Balm. It is the product that does it all. It has your coverage, your concealer all in one. It has anti aging properties. It has SPF sun protection. It has your moisturizer, your skin corrector, your make up primer. This product corrects and gives you coverage while healing your skin.

How did BB Creams come about? BB Creams were originally created in the 1960s by dermatologist Dr. Christine Schrammek.Â She needed a product lighter than a foundation, that would heal the skin after treatments, but would also give coverage to her patients who desired flawless skin.

BecauseÂ porcelain skin is heavily desired, in 1985,Â BB Creams became the “must have” product in South Korea and Japan. They also are known to have skin whitening properties, and come in one universal shade becauseÂ most formulas are designed to oxidize to match the user’s skin tone.

Finally in 2012, BB Creams were introduced to the West. Now most cosmetic lines carry a BB Cream. However, the Western brands that have launched BB Creams are being criticized for creating BB Creams that lack skin-caring benefits. Some say because of this, these BB Creams are no different than a Tinted Moisturizer.

I researched a couple different brands. The Dr. Jart brand is one of the most popular BB Cream brands used across Asia and is also available at Sephora. However, I ended up going with Bobbi Brown’s BB Cream. I chose this one to try first, but eventually I plan on trying the Dr. Jart brand as well. What interests me to try Dr Jart’s BB Creams is because they are formulated with outÂ – Sulfates,Â Synthetic Fragrances,Â Synthetic Dyes,Â Petrochemicals,Â Phthalates,Â GMOs, and triclosan. 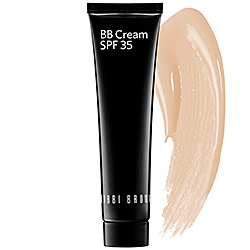 Bobbi Brown, and I currently use her powder and her bronzer. I also like the fact that her BB CreamÂ formula has…

â€śI created this product because I wanted to give skin a fresh, healthy, no-makeup look with a soft hint of color that evens and enhances without hiding the skin.â€ťâ€”Laura Mercier 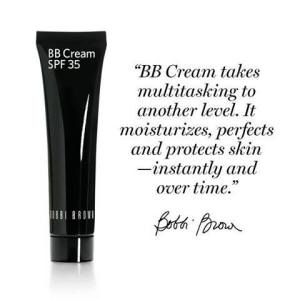 So in the end, I like both products. They are just different, and I use one or the other depending on which look I am going for. I will admit, I am very happy with my BB Cream and super glad I took the plunge to try it! You should too…

TIP: You can make your own BB Cream! Check it out this You Tube video!